Dentist Toby to compete in the Wild Boar Triathlon

Equivalent to half an Iron Man, our intrepid cosmetic dentist Toby – hopes to smash all expectations (well his mum’s) in what can be described as one of the South Wests’ toughest challenges.

The Trimax Events triathlon is based at Cromhall Quarry in South Gloucestershire, where the swimming (1.9KM), Cycling (90KM) and running (21km) will take place.

Taking place on Sunday 19th June (Father’s Day) the Wild Boar hopes to attract 200 – 300 competitors from all over the Southwest and beyond so competition will be tough.

Luckily this is not Toby’s first event, he’s competed in four sprint triathlons and two Olympic triathlons in the past 7 years.

Toby, who is getting married in September, fears the running stage the most as it is the last of the three legs, by which time he could be easily ‘cooked’. He states he has found it quite hard to find time to train alongside competing in the teams at East Glos Tennis club. Though Disco his Golden retriever has helped spur him along with some of the smaller runs.

On behalf of all the team here at Arnica and Toby’s patients we’d like to wish him the best of luck and if he gets placed we’d be delighted to show off his trophy and medals at the practice. 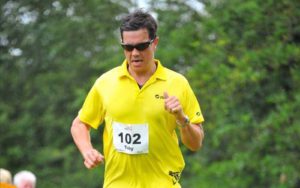 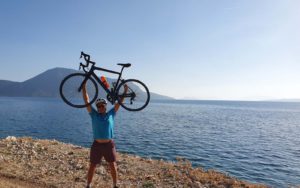 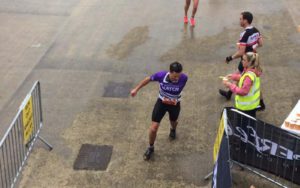